YCPAC offers an incredible line-up of a variety of shows to entertain and educate students during the regular school year.
Thank you to FOREST FEE MANAGEMENT ASSOCIATION for their generous grant to make this series possible. 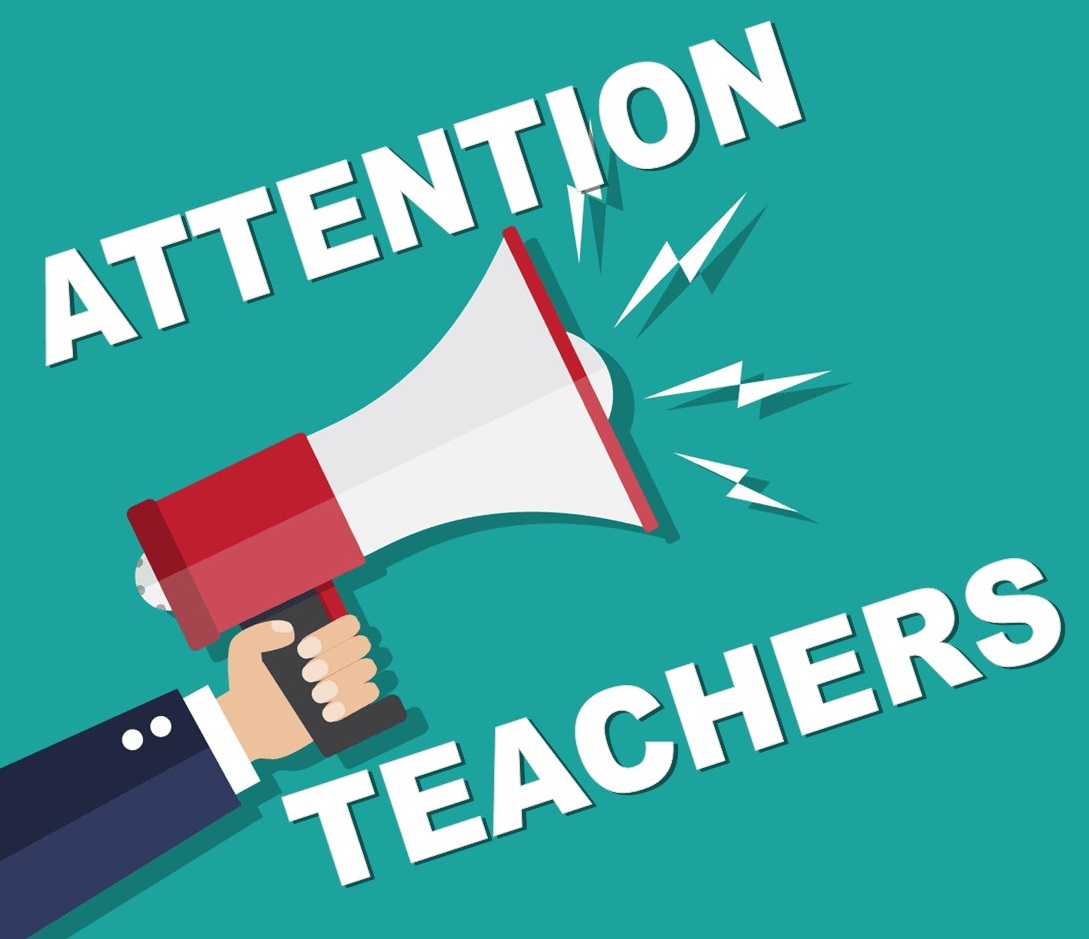 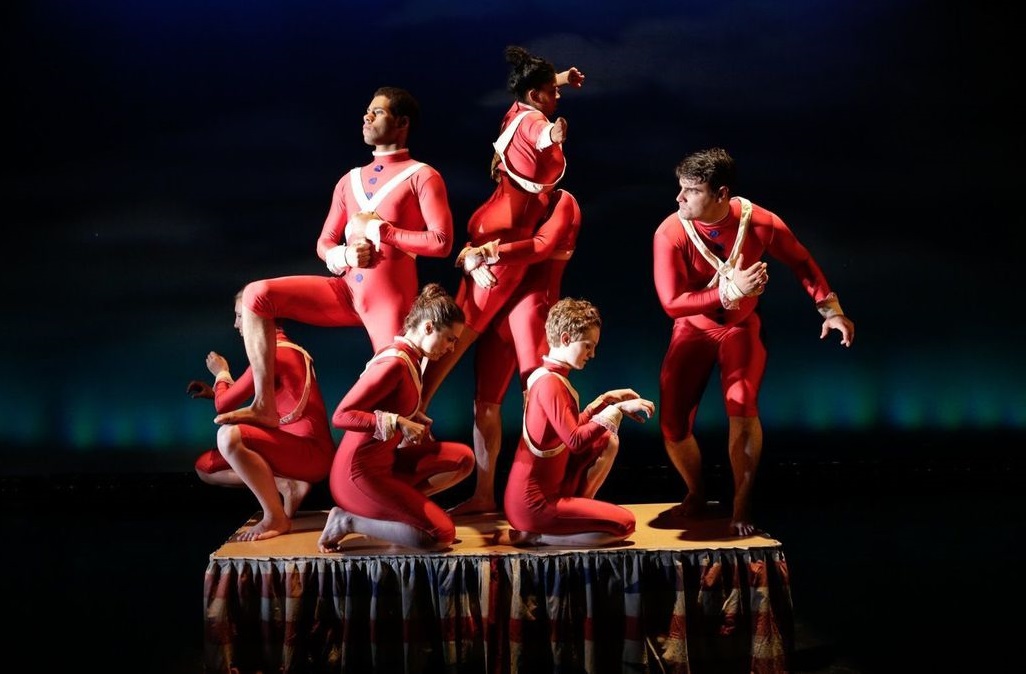 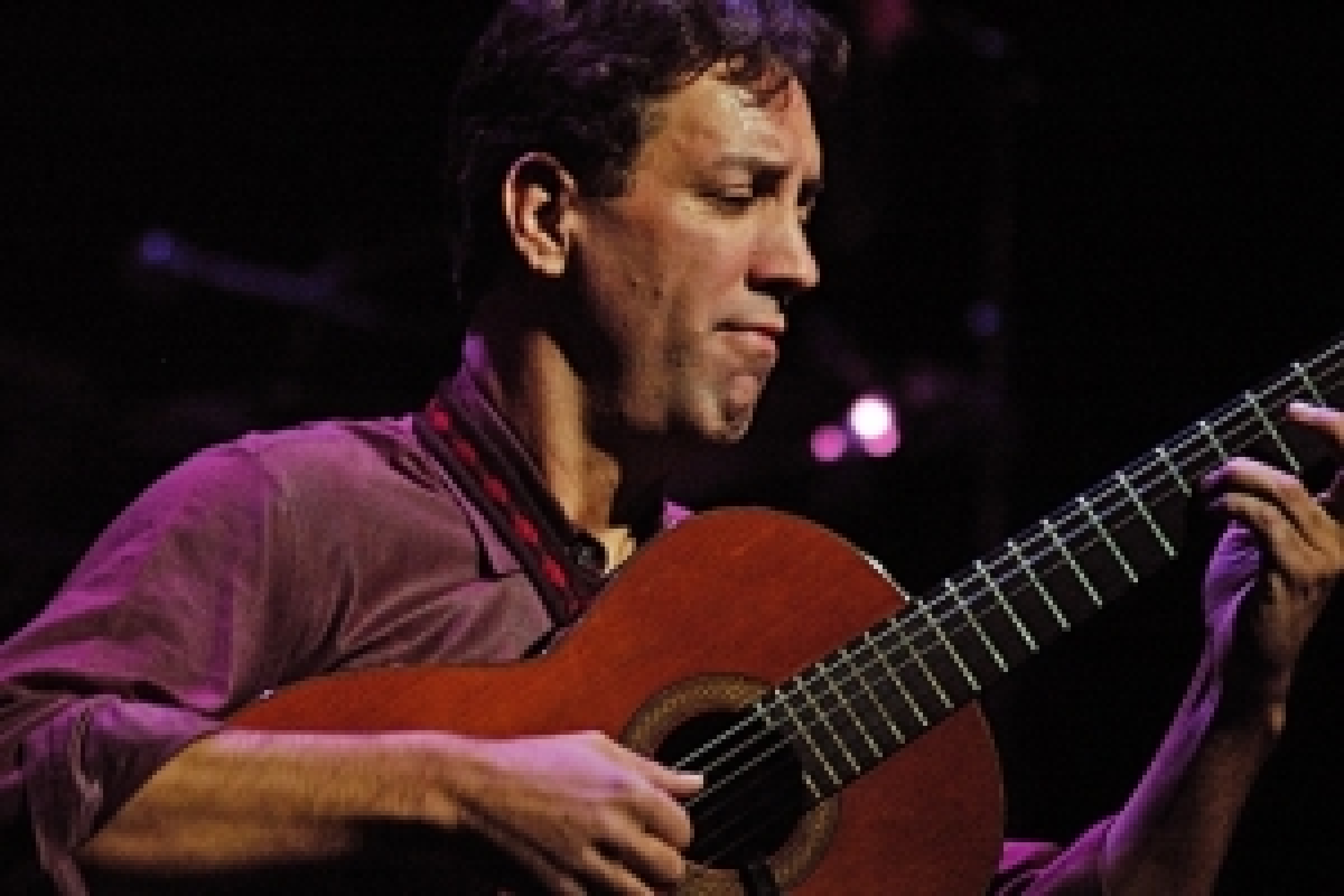 Cuentos: Tales from the Latinx World | David Gonzales Streaming Sept 28 – Oct 12 Best for grades K-3 Cuentos paints a vivid picture of the people and rich cultures of the Spanish-speaking world with colorful tales from the Caribbean, South America, and the Bronx! From the silly antics of the Puerto Rican anti-hero "Juan Bobo" to the mysterious dealings and powers of the Orishas in a suite of Afro-Cuban stories, these tales are filled with memorable characters, fantastic plots and positive messages for children. A great introduction to the marvelous world of Latinx literature and culture. 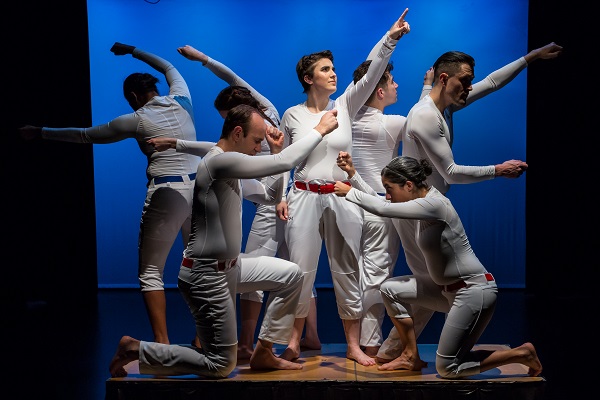 Moon Shot | Theatre Unspeakable Streaming Oct 13 – 27 Best for grades 4+ Theater Unspeakable brings the biggest story to the smallest stage. To recreate the story of America’s Apollo 11 lunar landing, seven actors squeeze onto a 21-square feet stage nearly as tight as NASA’s original Mercury capsules. Using only their bodies and their voices, this astounding troupe of actors brings to life one of the most daring times in the history of human exploration: the Space Race. From the Cold War to Sputnik, from Yuri Gagarin to Neil Armstrong, this action-packed show brings the company’s tongue-in-cheek humor to a whole new atmosphere—one where the rules of gravity no longer apply. 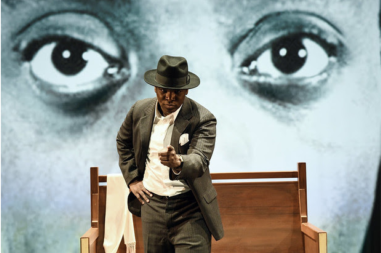 Citizen James, or The Young Man Without a Country | Syracuse Stage Streaming Oct 28 – Nov 11 Best for grades 8+ Meet a 24-year-old James Baldwin at LaGuardia Airport. Young James is an unknown aspiring “Negro” writer. He awaits his flight, having just left his family with the news of his decision to flee America for refuge in Paris. He speaks no French. He has a one-way ticket and $40 in his pocket. Witness James Baldwin as he decides he must do something to save himself from the violent reality of racist America in 1948, a decision that sets him on the path to becoming one of the world’s most brilliant writers, and a powerful and a prophetic voice of the Civil Rights era and beyond. More than a one-man show, Citizen James is a bridge that connects the past to our now. 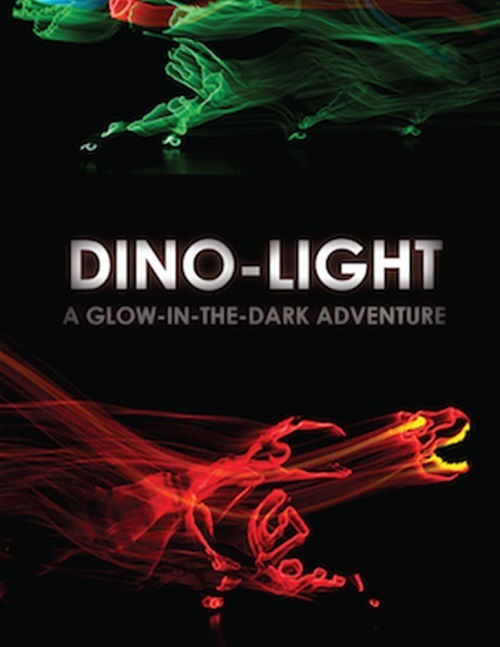 Dino-Light | Lightwire Theater LIVE Wed, Jan 19 | 9:30am & 11am  (FILLED)  at Phillip England Center for the Performing Arts (Camp Verde, AZ) LIVE Thurs, Jan 20 | 9:30am (FILLED) & 11am at YCPAC Good for all ages In this original storyline, a famous scientist with magic powers brings a friendly dinosaur to life. When the dinosaur wanders away from home, he discovers a wonderful world full of creatures that light up the darkness and help him find the true meaning of love. This glow-in-the-dark adventure is visually stunning and has been praised for its cutting-edge blend of puppetry, technology and dance by audiences all over the world. 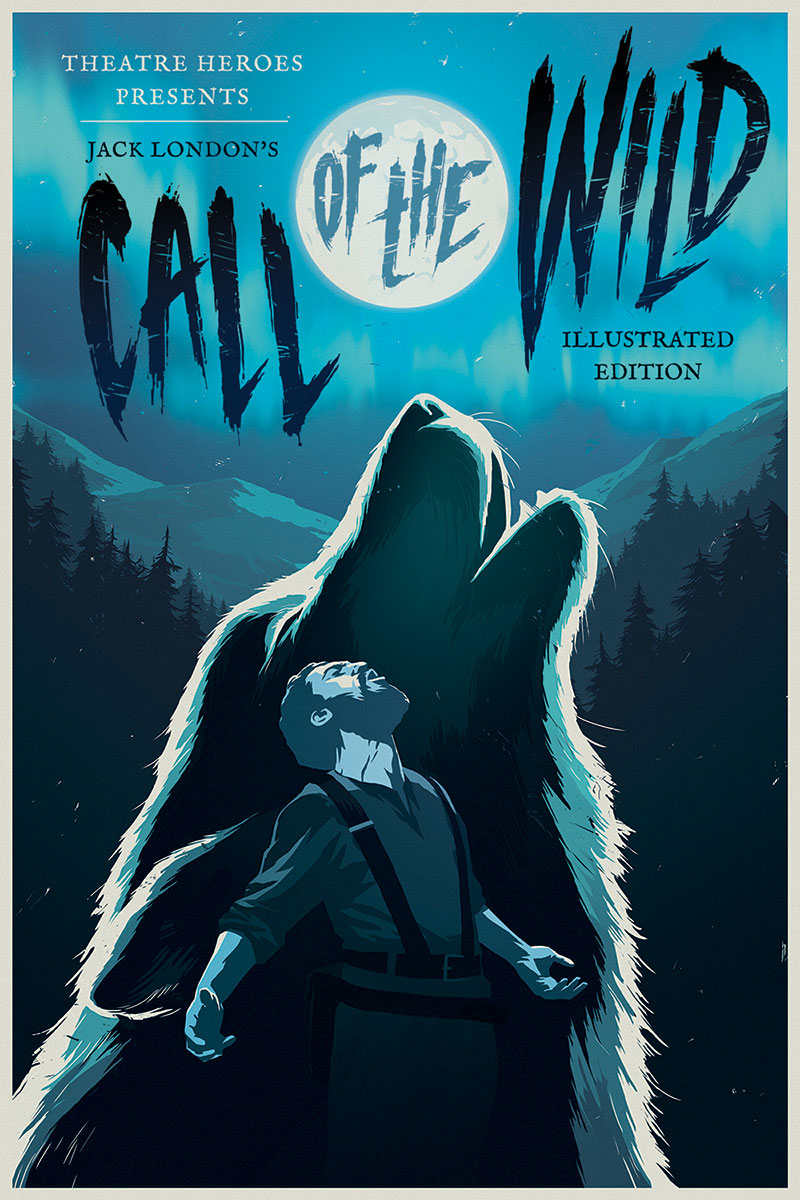 Call of the Wild: Illustrated Edition | Theatre Heroes LIVE  Thurs, Feb 10 | 9:30am  & 11am at Phillip England Center for the Performing Arts (Camp Verde, AZ) LIVE Fri, Feb 11 | 9:30am & 11:30am at YCPAC Best for grades 4+ Jack London’s classic tale comes to life on stage. This multi-media adventure mixes performance and storytelling with projected illustrations to tell the story of Buck, the magnificent offspring of a St. Bernard and Scottish Collie. Kidnapped from his lavish life on a California estate and sent to work as a sled dog during the great Klondike Gold Rush of the 1800s, Buck becomes the most famous dog in the northland’s history and discovers the endurance and strength of his wild, primal ancestors as their call courses through his blood. A thrilling tale of courage and survival. 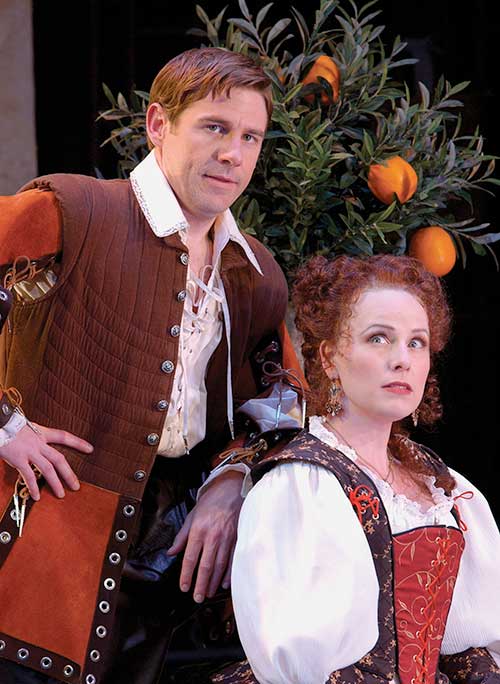 Much Ado About Nothing | Utah Shakespeare Festival LIVE Thurs, Feb 17 | 9:30am at YCPAC Best for grades 7+ “Shakespeare-in-the-Schools” returns with a seventy-five minute adaptation of Shakespeare’s classic romantic comedy. The performance will be followed by a fifteen minute talkback with the touring company. 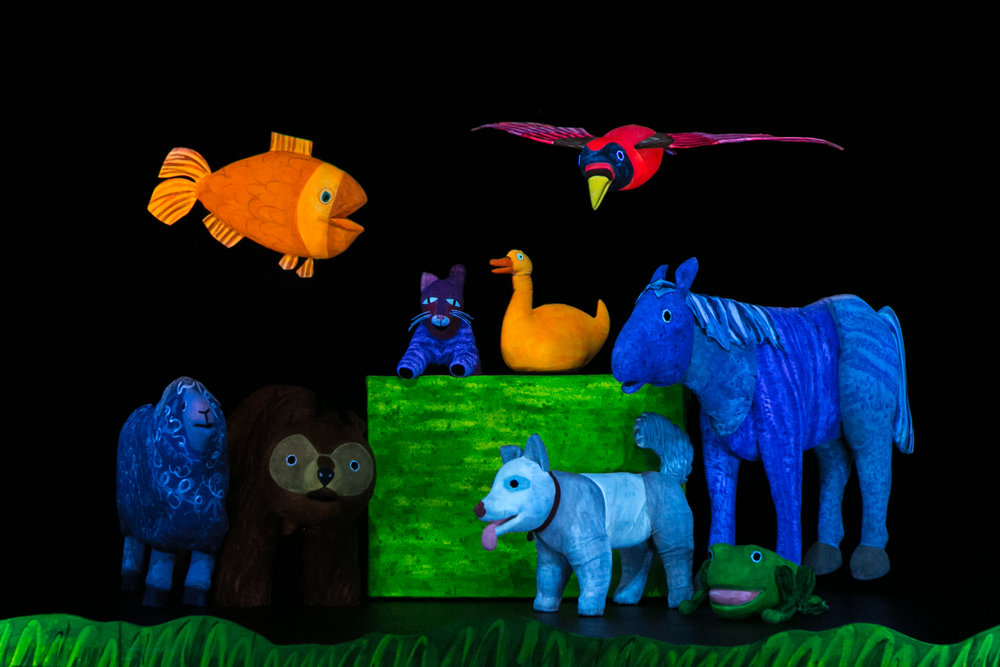 The Very Hungry Caterpillar & Other Eric Carle Classics | Mermaid Theatre of Nova Scotia LIVE Tues, Mar 1 | 9:30am  (FILLED) & 11:30am at YCPAC Best for grades PreK-3 Mermaid Theatre’s lively compilation captures the magic of three Eric Carle favourites. The hour-long triple-bill follows the adventures of The Mixed-Up Chameleon who is bored with his life as he sits about changing color all day until he takes a trip to the zoo. His hilarious attempts to emulate the beautiful animals he sees conclude with his discovery that there is value in his own unique self. The Very Hungry Caterpillar eats his way through an amazing variety of foods on his path to becoming a beautiful butterfly. The story of Brown Bear, Brown Bear, What Do You See? has helped hundreds of thousands of toddlers to identify colors and creatures. Capturing the rhythmic text and beautiful tissue-paper collage illustrations of the classic picture book, Mermaid’s adaption generates fresh appreciation of an endearing cast of characters. 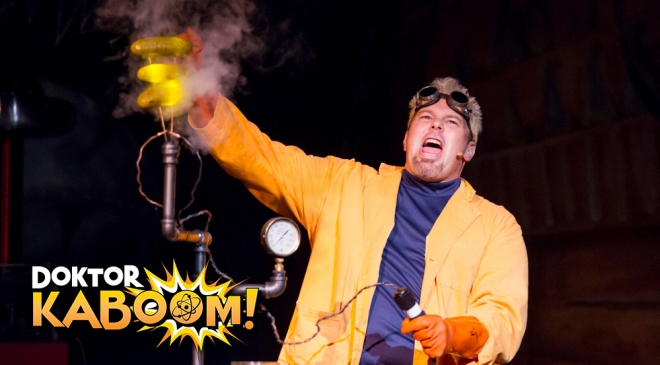 Doktor Kaboom! Look Out! Science is Coming! | David Epley LIVE Mon, May 9 | 9:30am  (FILLED) & 11am (LIMITED) at Phillip England Center for the Performing Arts (Camp Verde, AZ) LIVE Tues, May 10 | 9:30am & 11:30am at YCPAC Best for grades 4-8 The original Doktor Kaboom! show in which the good Doktor takes his audience on an educational tour of the modern scientific method, using humor and comedy while demonstrating spectacular applications of the physical sciences. Topics covered include: safety; pressure and force; simple machines; velocity; application of science to everyday life; the scientific method (hypothesis and experimentation); multiple experimentation; constant discovery of new information and data; definitions: chemical reactions, exothermic, external and chemical formula; mass; air pressure and demonstration vs. experimentation. 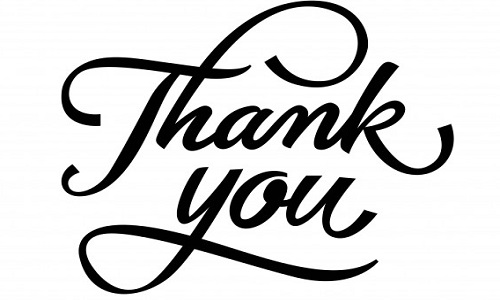 CUES Prospective Individual Donors and Corporate Sponsors: Consider making a special gift that will help us bridge the gap and continue offering outstanding arts and education opportunities for the students of Yavapai County.  DONATE TO CUES TODAY!

THANK YOU TO OUR GENEROUS CURTAIN UP! EDUCATION SERIES SPONSORS: 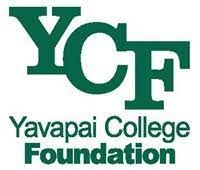